Three Bridges Planning was founded on the basis that not only would clients be treated as individuals with specific needs, but they would also be treated as family.

From a young age, both Brian Laughlin and Brendan McCarthy were inspired by the impact their fathers’ careers had on the families in the communities around them. Brian, a numbers guy, saw the profession as a way to work alongside his father Dennis Laughlin and utilize his skills to solve people’s problems. Brendan was initially drawn to finance after he noticed several people in town praise his father, Gene McCarthy, for how much he had helped them in their time of need.

Three Bridges Planning traces its roots back to 1972 when Gene began his career at A.G. Edwards. A decade later, in 1983, Dennis began with Shearson American Express. Brendan and Brian each joined their fathers’ practice in the 1990s and in 2002. Gene recruited Dennis and Brian to join him and Brendan at Legg Mason.  Gene has since retired, but Dennis, Brian and Brendan’s partnership has lasted and they ultimately formed the independent financial planning firm, Three Bridges Planning. Leaving behind the large wirehouse bank mentality, they made a commitment to further pursue their shared calling to help their clients and strengthen their community through individualized financial advice.

The team also includes Judy McCarthy and Samantha Verzi. From investments and insurance to personal wealth and retirement income strategies, Three Bridges Planning is dedicated to helping you organize, analyze, and plan your financial future. 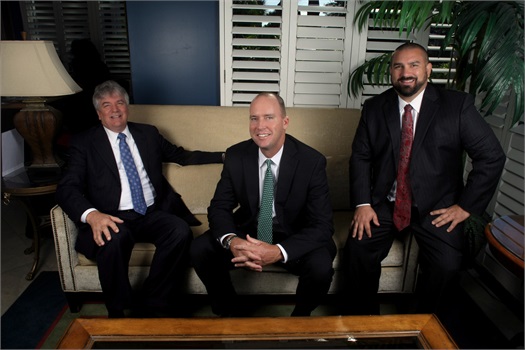 What does being an independent financial firm really mean? For us, going independent was a way to ensure we could continue to offer our clients the right products and strategies they needed for their situation. It also allows us to be completely transparent about our fee structures and how our firm does business. While we operate as a small financial firm, we are backed by one of the largest broker-dealers in the nation, Kestra Financial.

We see ourselves as your advocate and coach, dedicated to your success. When you meet with any member of our team, we have an “ask anything” policy. You’ll get an honest answer every time, to every question.

If Three Bridges Planning sounds like the financial firm you’ve been searching for, come on over and...